Gelendzhik Bay of the Black Sea 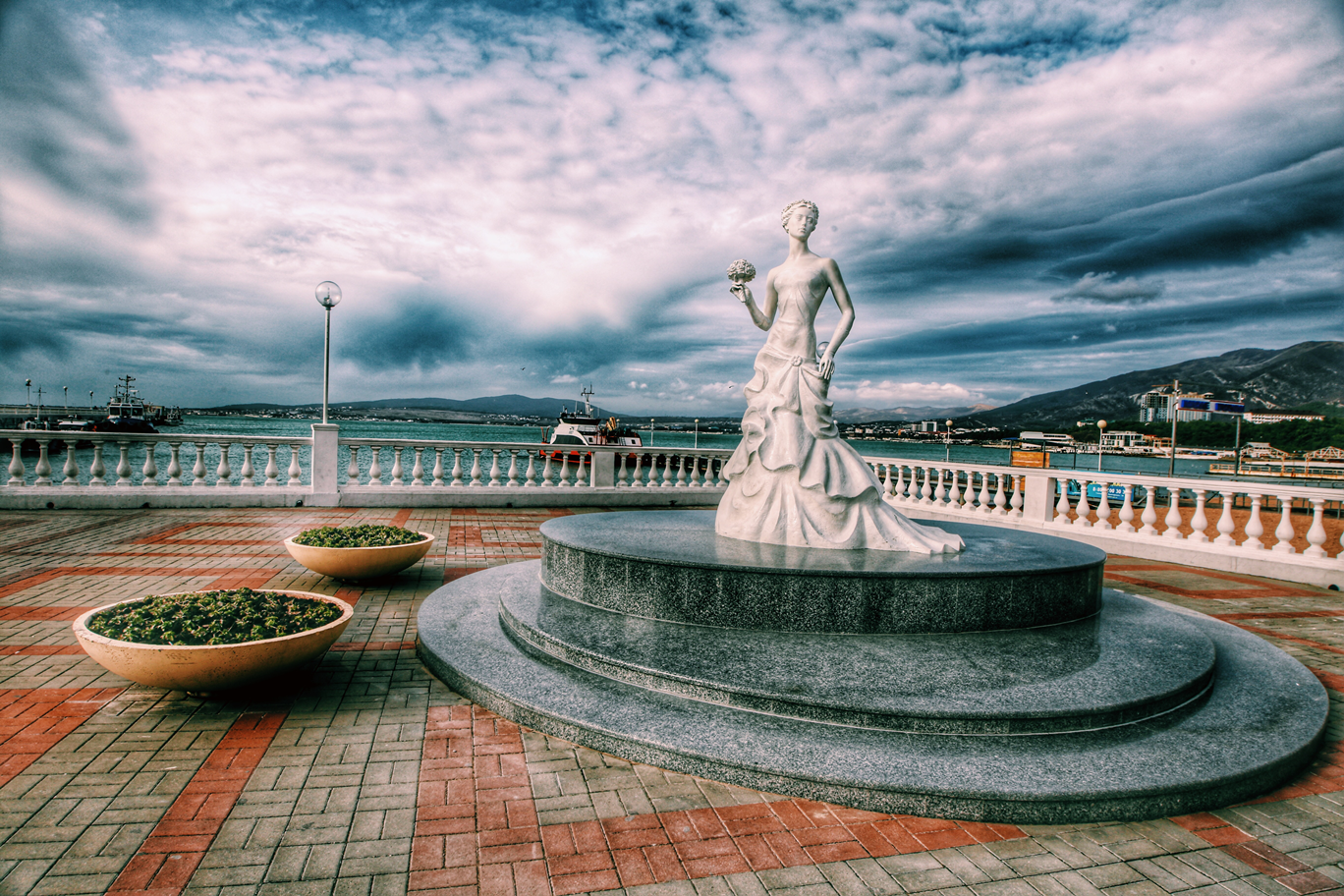 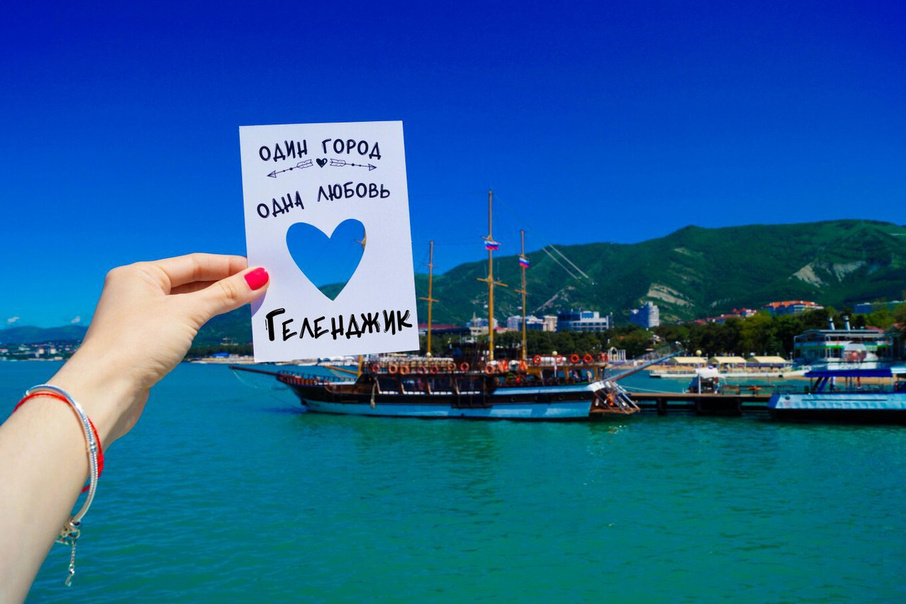 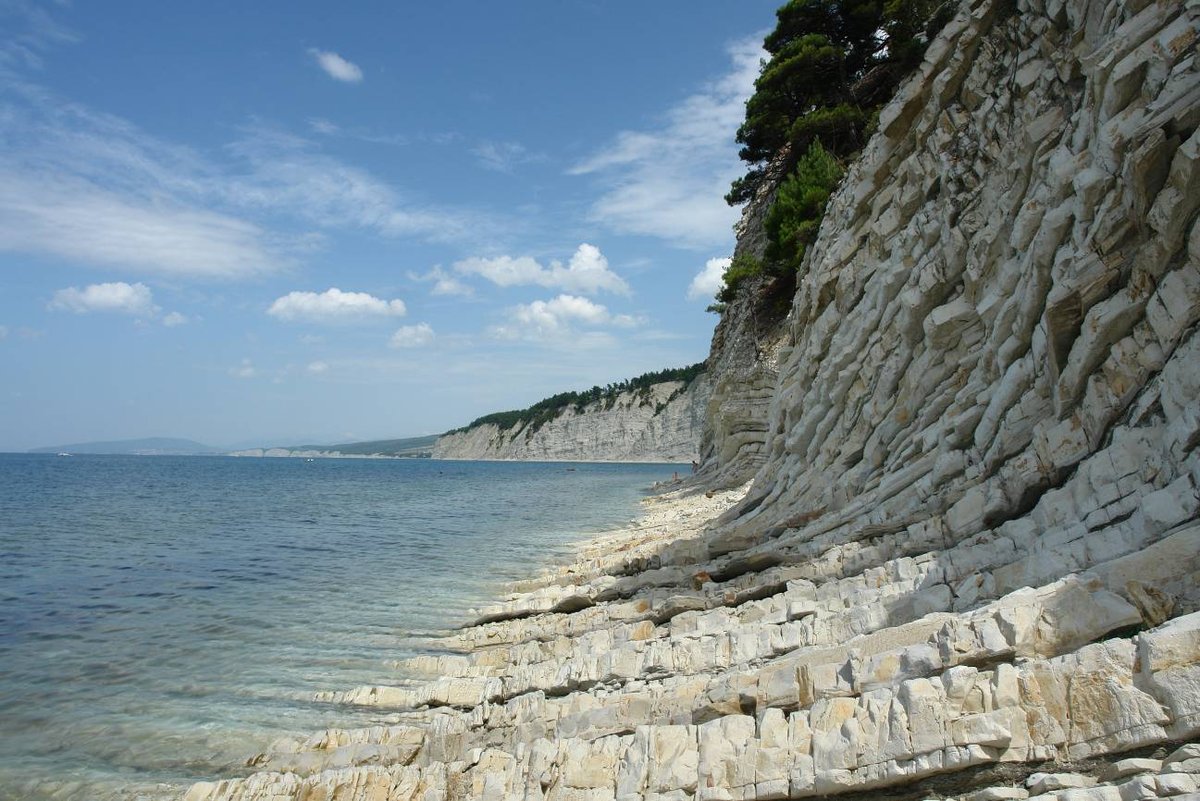 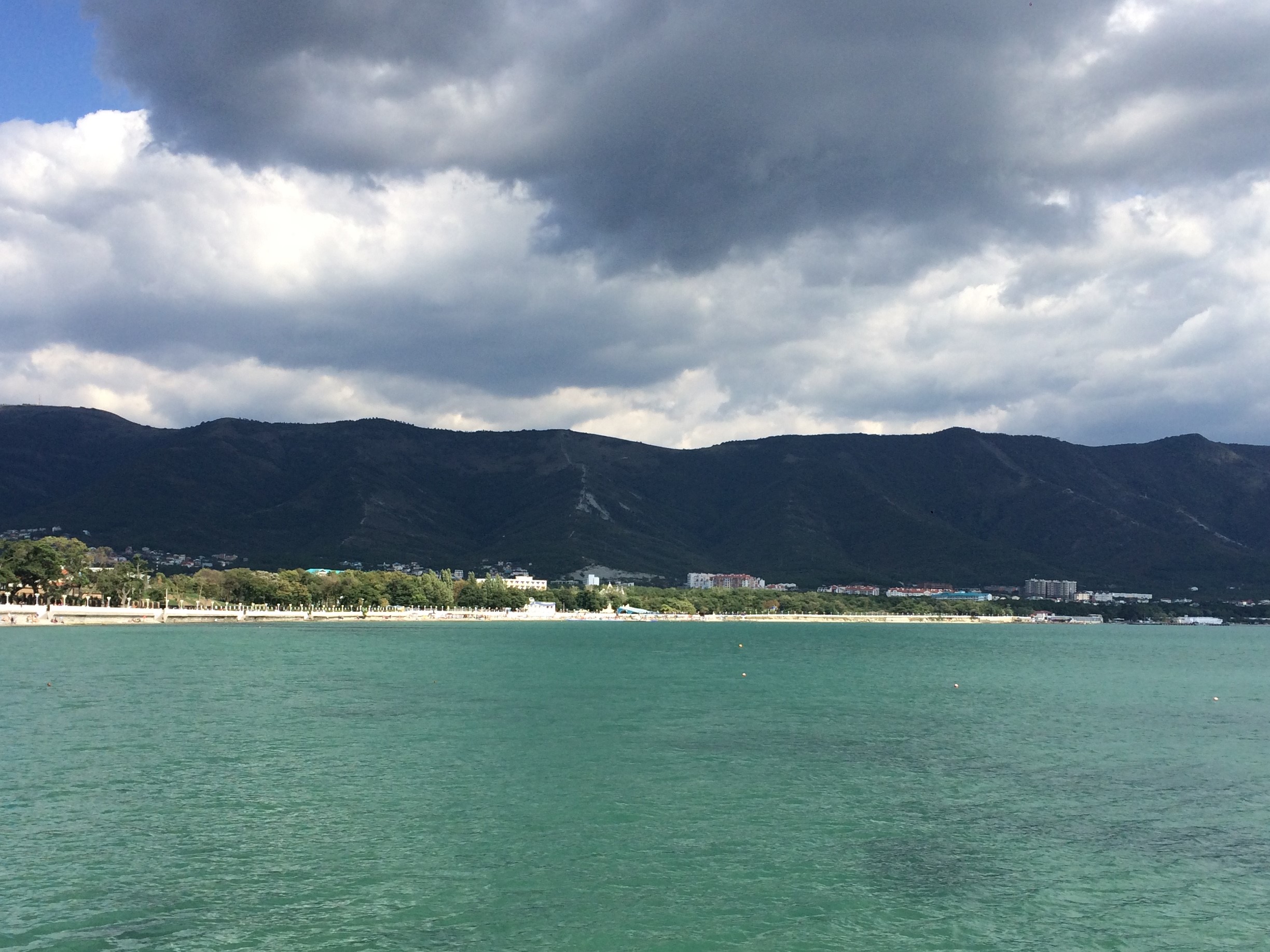 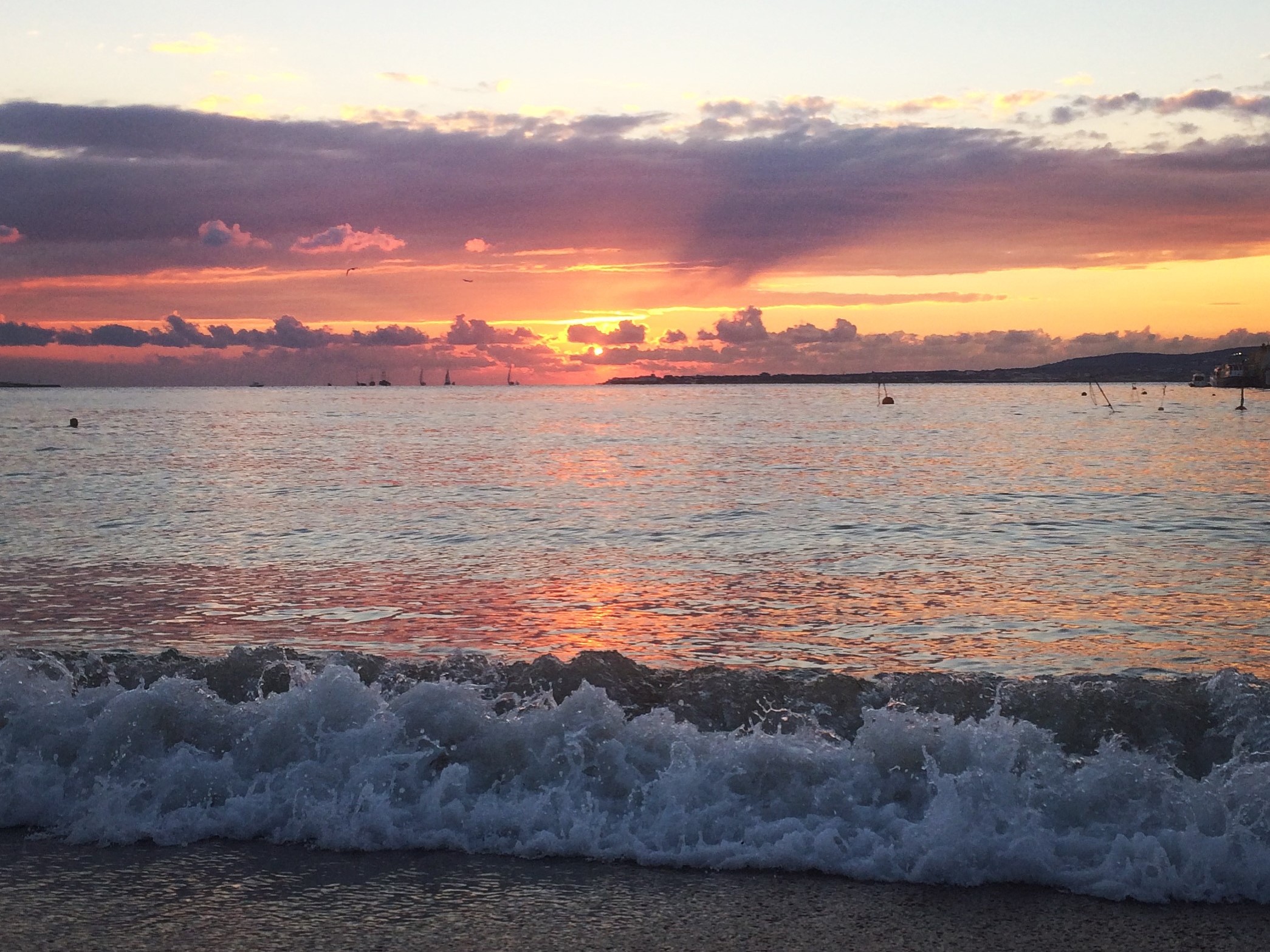 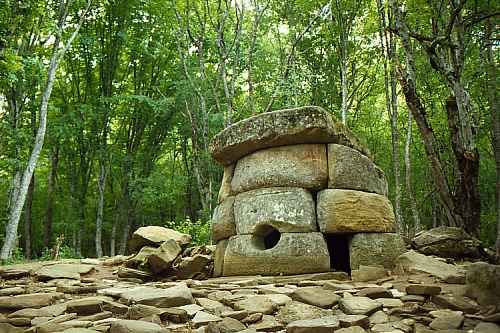 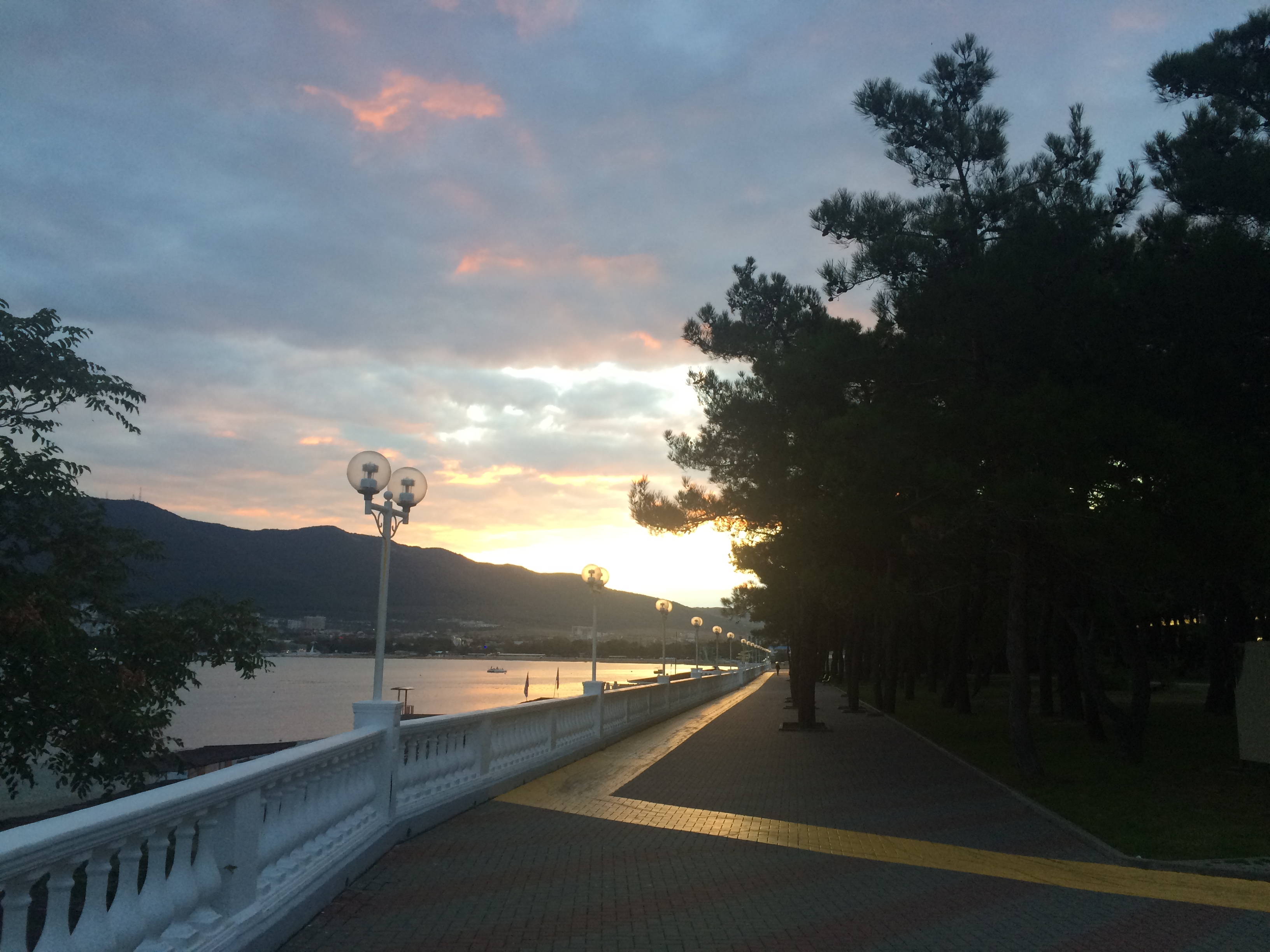 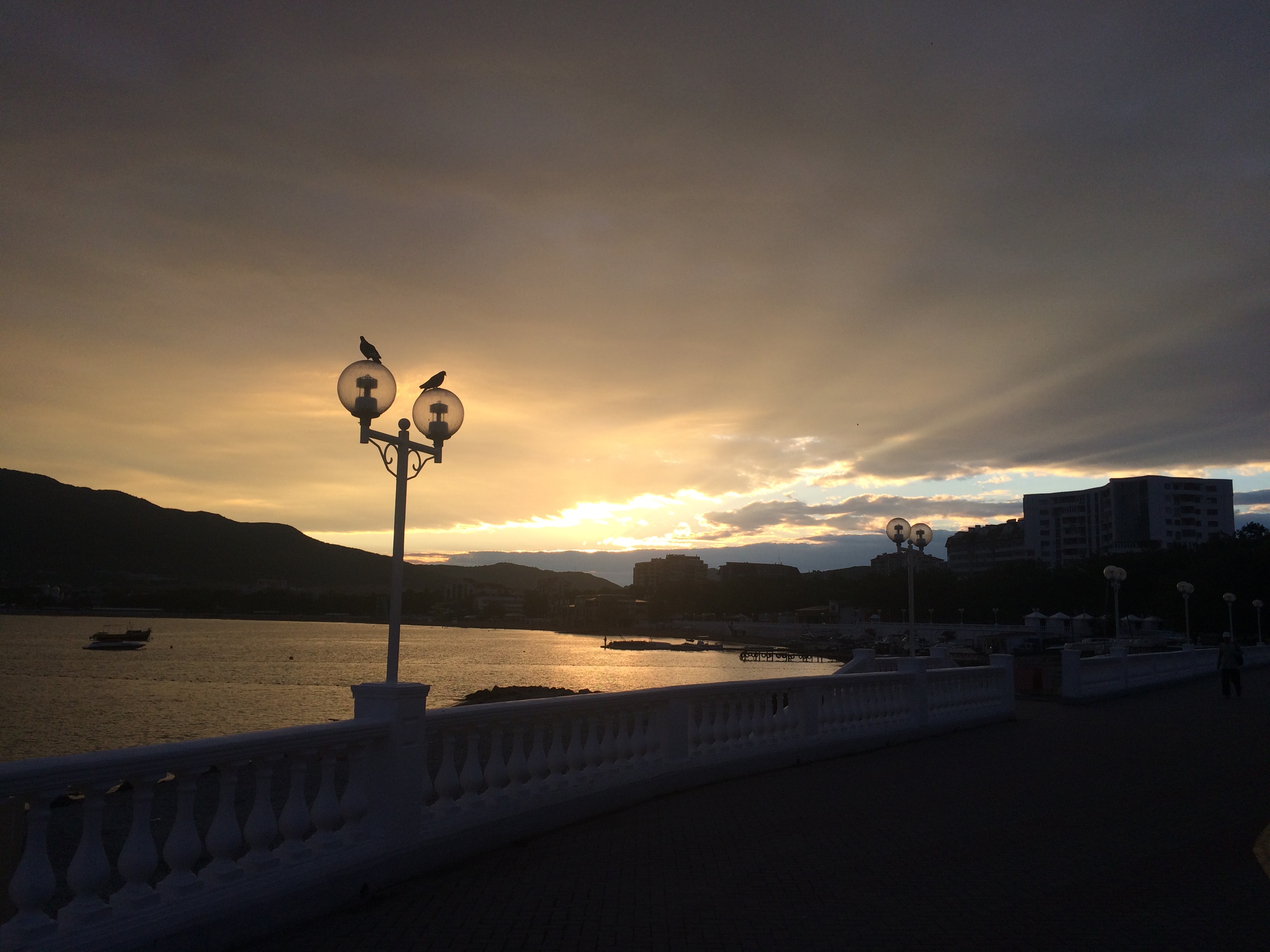 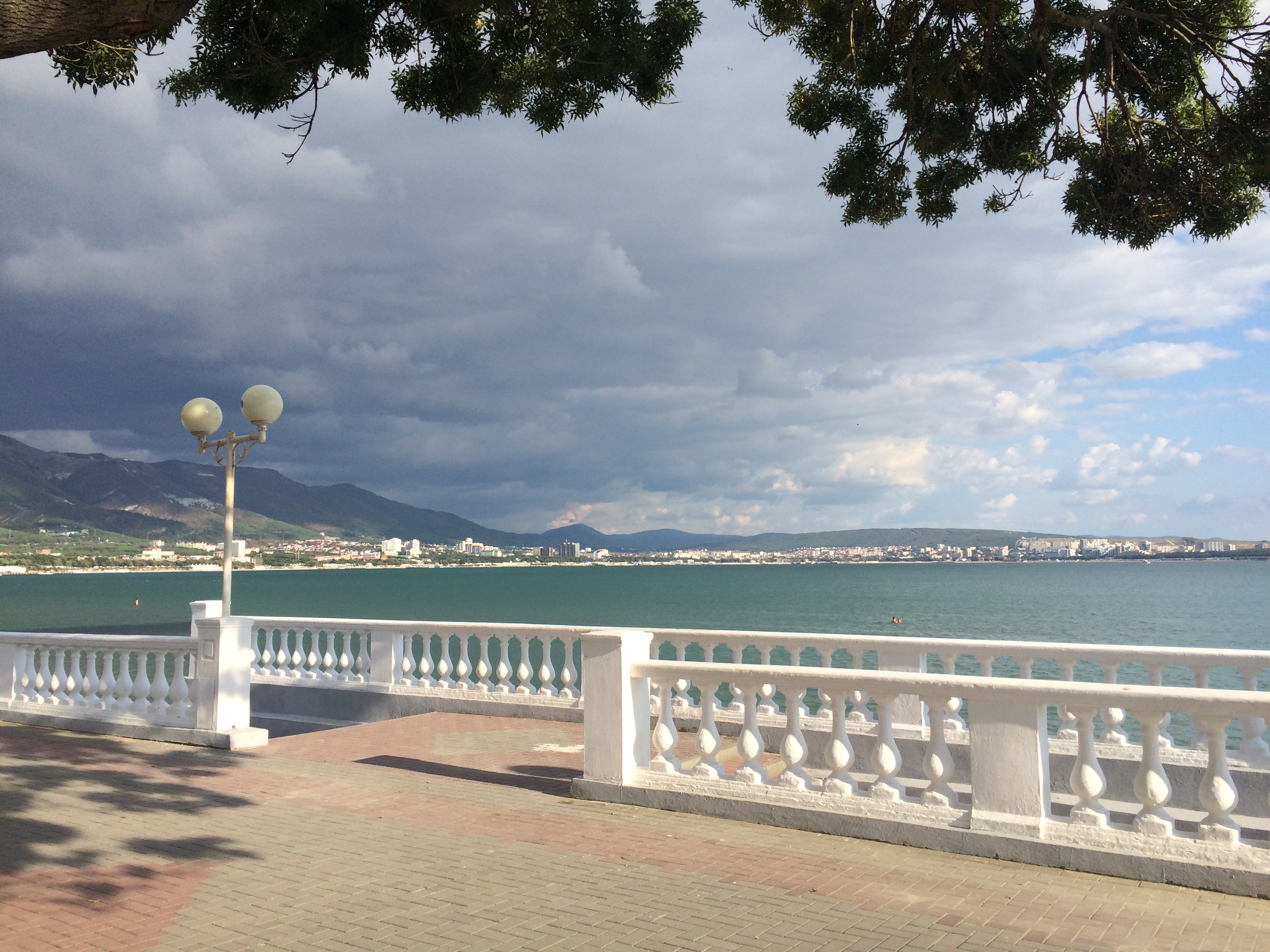 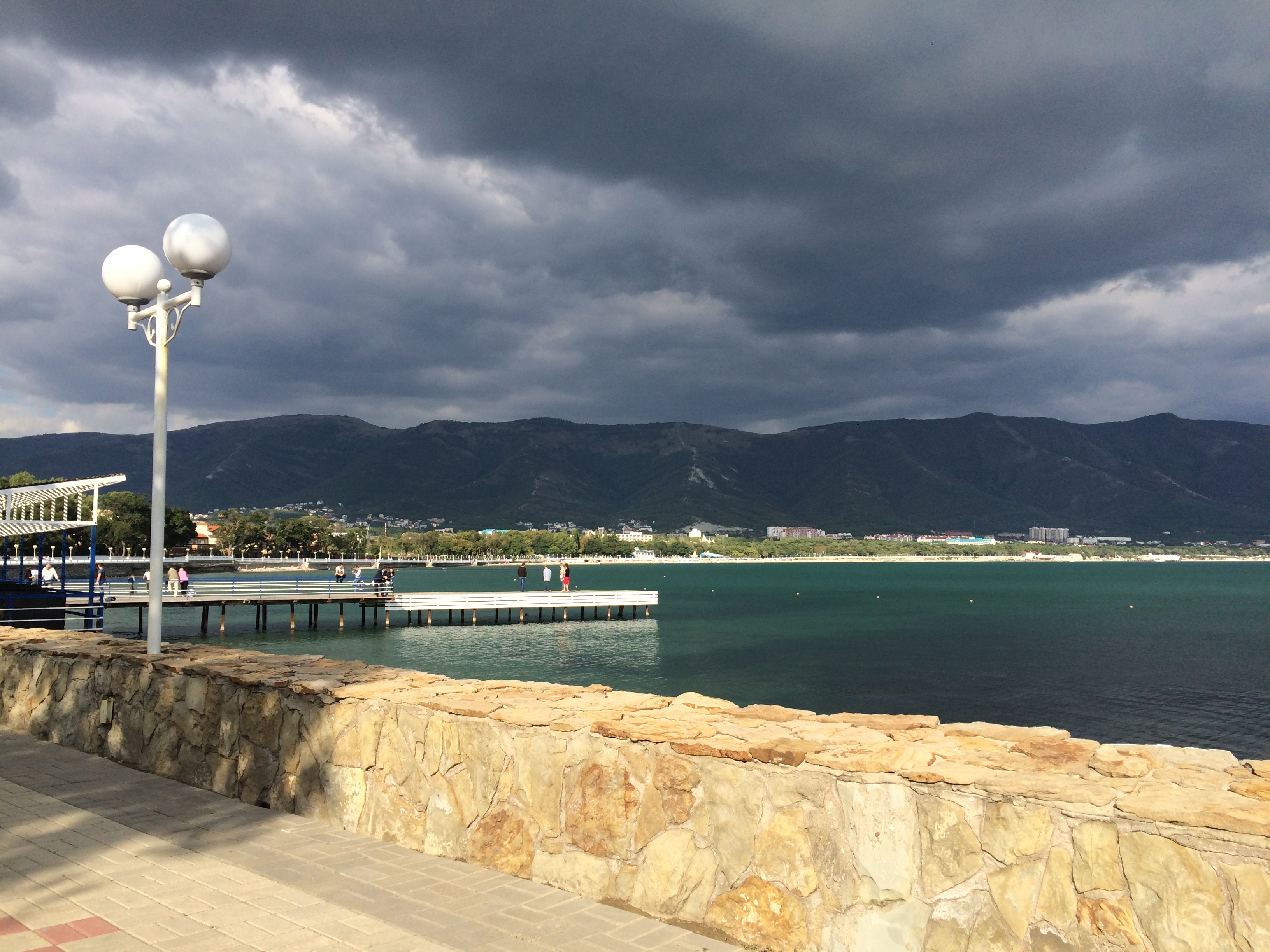 At the bottom of the western part of the Markotkh Range on the seashore of the Gelendzhik Bay of the Black Sea there is one of the most picturesque resort town of the Russian Black Sea coastline, the city of Gelendzhik. Gelendzhik Bay has miraculously beautiful shape of a horseshoe, made up of two capes, the Thin and the Thick ones. The Thick Cape is high, rocky, precipitous, and looks like layer cake. The thin Cape is low level, and meets the sea with a slightly sloping reach of the seashore. One fascinating fact is that the distance between these two capes is equal to a sea mile of 1852 meters. The city, which is overspread along the coastline, is framed with the branches of the Great Caucasus Range from the other side. The main range the city is located by is the Markotkh Range, which name translates form the Adyghe (local nations, who have been living here for mane centuries) language as "blackberry" or "berry". The Range has smooth outlines and is located 600-700 meters above the sea level. On its hill-sides, which are generously lightened by the Sun, there could be found numerous vineyard. Mountainous nature of the terrain, vicinity to the non-freezing sea, location of the territory in the subtropical zone have determined originality and uniqueness of the place. In view of this the Gelendzhik bay was in the center of the shipping route and was inhabited from ancient times. Populations of the Bronze Age, who lived there many thousand years ago, monumentalized themselves with sepulchral installations of flag stones called «dolmens», which are located several kilometres from the present city line. As the years went by different nations replaced each other on these territories, from the Goths, Huns and Mongols to the Genoese, Byzantian and the Turks. But alongside with the outlanders, there have always been living local Adyghe branch tribes such as Natukhai and Shapsug. Thus, in the VI century B.C. in the cosy harbour of the Bay an ancient Greek ship dropped its anchor. The coast appeared before the Greeks as remarkably beautiful, and thus they founded a merchant harbour on the Thick Cape and called it Torikos. From this harbour grain and wheat, salt and stock fish, cattle and fur were exported to Greece and other cities. Instead of it, silver, pieces of arts, expensive fabrics and dishware were imported. As the Greece become weaker, it gave place to more powerful Romans. The latter was attracted first of all by the strategical advantages of the Bay, which was convenient for shipping of the army and provisions. Thus, Torikos was renamed into Pagrae. Later the territories were inhabited by the Byzantians and the Slavs, having been a part of The Khazars Khaganate and Kievan Rus, while reportedly it was one of the numerous Genoese colonies on the Black Sea coastal line of the Caucasus. From the XV century on the territory the sovereignty of the Ottoman Empire was set up. Exactly with this epoch one of the versions of originating of the title of the present city of Gelendzhik is connected. The village on the coast was a place of traffic in of beautiful young ladies for the Turks. Thus, from the Turkic languages Gelendzhik is 'white bride', or from Turkish it is ‘white poplar’. After the Russian Empire defeated over the Turkish Empire in 1829, according the Adrianople treaty of peace, a part of the Black Sea shore, including the Gelendzhik Bay, become Russian territory. The date of establishment of the city is the 23rd July 1831, when on the beach of the Bay, on the Thick Cape, the first foundation stones of the fortress were laid. A lot of secrets are kept in the Gelendzhik Bay. Especially the bottom of the Bay is of great interest, where many various findings could be met, such as ancient grindstone from the Bronze Age, or trophies of the World War Two. There were also found fragments of Greek diotas, Roman coins, pieces of Turkish fishing tackles, anchors and weapon of Russian fleet. All this is the confirmation of the fact, that the Gelendzhik Bay was attractive for humans from the ancient times. In 1900 doctor M. Sulzhinsky founded the first private “Black Sea health resort” in Gelendzhik area. From that time the history of the territory as a resort has begun. In 1915, while having been a famous resort on the Black Sea coastal line, the territory became a city of Gelendzhik. Millions of tourists from our country and from all over the World come annually to the city, which is inimitable and very picturesque. The sun and sea are even painted on the flag and town arms. The sun and sea, and wonderful sandy and gravel beaches, which are located in the city area attract all these tourists from year to year. Moreover, the air there is absolutely unique, and represents a really healthful mixture. Clean mountain air comes from branches of the Markotkh Range, blends with sea breeze and is infused with phytoncides of relict Pitsunda pines, which were planted in Gelendzhik in the 1920’s and are thoroughly preserved by the citizens. Special focus is also on the sea-front of the city, which is 12 km long and is recognized as the best on the Black Sea shore of Russia. The sea front begins on the one Cape, ends on the other one, and thus it goes along the whole Gelendzhik Bay. Therefore, Gelendzhik is a unique resort place, where everyone could find something interesting for him, as hiking on the Markotkh Range, running on the sea-front, swimming in the beautiful Bay or participation in a scientific conference. In a nut-shell, if you would like to